You are in Home page> Noticias > 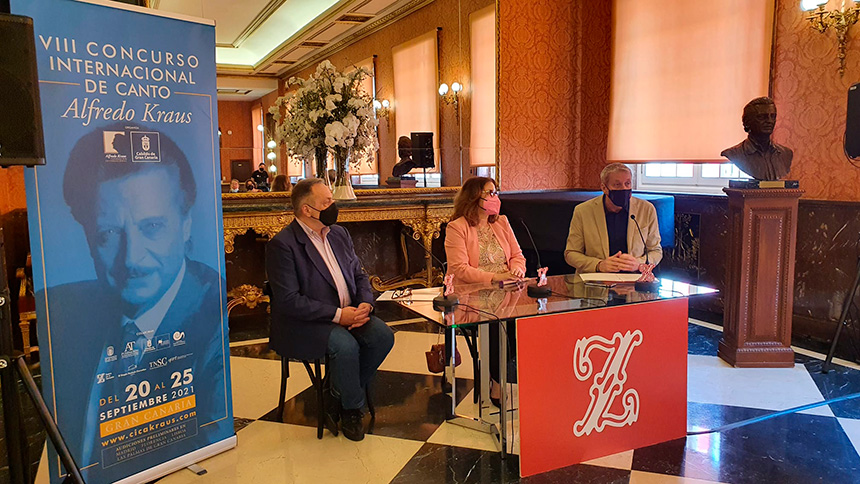 • Cabildo de Gran Canaria and Fundación Internacional Alfredo Kraus are calling for applications for the eighth singing competition
• The competition will be held from 20 to 25 September in Las Palmas de Gran Canaria
• This year’s event coincides with the 65th anniversary of Alfredo Kraus’ professional début
• The preliminary rounds will take place at Madrid’s Teatro de la Zarzuela and Florence’s Teatro del Maggio Musicale in May, Lisbon’s Teatro de São Carlos in June, and Auditorio Alfredo Kraus in Las Palmas de Gran Canaria in September
• The organisers have established a strict anti-Covid protocol to comply with health guidelines and ensure the safety of the event

One of the many highlights of the VIII Concurso Internacional de Canto Alfredo Kraus includes the participation of renowned Italian baritone Leo Nucci as jury chair. Hosted by the Cabildo de Gran Canaria and the Fundación Internacional Alfredo Kraus, the eighth singing competition, or third in the second phase, coincides with the 65th anniversary of the professional début of Alfredo Kraus and will be held in Las Palmas de Gran Canaria from 20 to 25 September.

Faithful to the great tenor’s original idea in 1989, the purpose of the competition is to support young opera singers and enable them to access employment internationally. These were the aims of Alfredo Kraus when he inaugurated the competition in 1990 and continued to hold it until 1999, the year of his death. Keeping to these principles, Rosa Kraus Ley, daughter of Alfredo Kraus and Chair of the Foundation that upholds his artistic legacy, and Antonio Morales Méndez, President of the Cabildo de Gran Canaria, decided to revive the competition in 2017, 18 years after the closure of the first phase.

The precepts of the competition have remained unaltered: participation of young singers from Spain and abroad, judged by an artistically qualified jury, at an event held in the capital city of Gran Canaria, the tenor’s birthplace.

The latest CICAK is, of course, conditioned by the health pandemic affecting the world. This situation has required an exceptional effort to coordinate performances at the rounds held at the participating international theatres. Organisers and participants have been asked to comply with the government health protocols in force in each country. Following the necessary Covid measures, the organisers of the VIII CICAK continue to work to ensure the competition goes ahead, convinced that it can be held under safe conditions.

The jury will be chaired by Italian baritone Leo Nucci, an outstanding figure of international opera. As a colleague, friend and admirer of Kraus, whose art, technical and musical artistry and ethics Nucci has praised, the baritone has agreed to chair the jury, a role he rarely performs. Alfredo Kraus and Leo Nucci shared the stage at theatres including Vienna’s Staatsoper, Regio de Parma, Liceo de Barcelona and Milan’s La Scala.

The VIII CICAK is open to singers of all nationalities aged 18 to 32 for soprano, countertenor and tenor voices, and 18 to 35 for mezzo-soprano, contralto, baritone, bass-baritone and bass voices. Singers who’d like to take part can apply using the digital application form available to download from the competition website (www.fiak.es).

The preliminary rounds of the VIII CICAK will be held at the Teatro Nacional de La Zarzuela, Madrid (26 and 27 May), Teatro del Maggio Musicale Fiorentino, Florence (30 and 31 May), Teatro de São Carlos, Lisbon (16 and 17 June) and Auditorio Alfredo Kraus, Las Palmas de Gran Canaria (17 and 18 September). Applicants will be judged by a tribunal comprising the Chair and the Artistic Director of the FIAK and the CICAK and representatives from the collaborating institutions hosting each round.

The semi-final (20 and 21 September) and final round (25 September) will take place at the Auditorio Alfredo Kraus, the emblematic auditorium opened by Alfredo Kraus in 1997. In these rounds, contestants will be judged by the jury. The final round, where the prize giving will take place, will be held as a public performance with the Gran Canaria Philharmonic Orchestra, the official accompanist since the first competition, in 1990, conducted on this occasion by maestro Óliver Díaz.

Contestants in the VIII CICAK will be eligible for very attractive prizes. The three Official Prizes, of 14,000, 12,000 and 10,000 euros, plus a medal and diploma, and the Audience Prize, of 2,500 euros and a diploma, are part of the considerable funding from the patronage of the Cabildo de Gran Canaria.

In addition, two Special Prizes are available: the Las Palmas de Gran Canaria City Hall prize of 3,000 euros and a diploma for the best singer of Spanish nationality, and the Fundación Martín Chirino de Las Palmas de Gran Canaria prize of 2,500 euros and a medal and diploma for the best Canary Islands singer. The finalists will have the opportunity to be invited to auditions and/or productions, concerts or recitals by the members of the Jury and the theatres they represent.

The revival of the contest in this “second phase” was a major success, with far more applications than in the previous five competitions.

The VI CICAK included 105 applicants of 22 nationalities. The project to revive the competition in Gran Canaria had considerable coverage in local, national and international media and became more widely known through social media.

Preserving and promoting the legacy of Alfredo Kraus

The CICAK, one of the most ambitious projects of the Fundación Internacional Alfredo Kraus and the Cabildo de Gran Canaria, seeks to preserve and promote the artistic legacy of Alfredo Kraus.

The Cabildo de Gran Canaria is working on another project to revitalise and refurbish part of the former residential home of San Antonio, in Vegueta, birthplace of Alfredo Kraus. This venue will house the Foundation and feature a museum, archives and a centre for teaching, researching and disseminating the tenor’s artistic and educational legacy.
In 2021 the FIAK is continuing the activities it started in 2017, including conference cycles on the artistry of Alfredo Kraus and the musical culture of Gran Canaria, and educational activities for young performers. 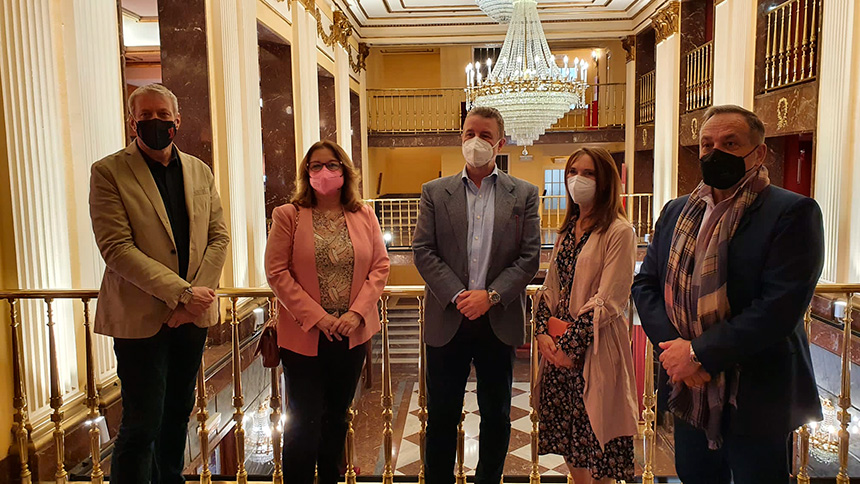