You are in Home page> Noticias >

• Auditorio Alfredo Kraus hosts the last preliminary round this weekend, after earlier events in Naples, Madrid and Florence
• The finalists chosen from the more than 65 singers participating in the semi-finals on Monday 23 and Tuesday 24 September will showcase their opera skills at a public performance on Saturday 28 September at 8.00 pm

The seventh Concurso Internacional de Canto Alfredo Kraus (VII CICAK) is gearing up for the final, ahead of the last preliminary round and the semi-final, being held this week in Las Palmas de Gran Canaria. This year’s singing contest is taking place at a special time, coinciding with events commemorating the 20th anniversary of the death of Gran Canaria’s famous tenor.

Restricted to the tribunal members and with piano accompaniment by Juan Francisco Parra, this round included 22 young singers from Taiwan, Finland, Spain, Italy, China, South Korea, Mexico, Guatemala, Cuba and Ukraine. The tribunal members are the Chair and the Artistic Director of the Foundation and the VII CICAK – Rosa Kraus Ley and Mario Pontiggia – and the Managing Director of Fundación Auditorio / Teatro de Las Palmas de Gran Canaria, Tilman Kuttenkeuler.

The preliminary rounds in Las Palmas de Gran Canaria continue on from the earlier events in Florence (15 and 16 June), Madrid (17 and 18 June) and Naples (5 and 6 July), where 29 singers were chosen to take part in the semi-final in Las Palmas de Gran Canaria. They will be joined by the candidates selected at the preliminary rounds held in the last two days and the 27 finalists eligible for direct access after finishing as place winners in other international contests. More than 65 singers will take part in the semi-finals, performing for the official jury on Monday 23 and Tuesday 24 September.

Successful participants in the semi-final will compete for prizes at the final on Saturday 28 September during a public performance with accompaniment by the Gran Canaria Philharmonic Orchestra, directed by Óliver Díaz, before the prize giving. Three official prizes of 14,000, 12,000 and 10,000 euros will be awarded, as well as other monetary prizes and invitations to perform.

The jury will be chaired by Italian soprano Mariella Devia, an almost legendary figure in international opera who identifies with Kraus not only in her perception of singing, but also in her choice of repertoire and extensive professional career. 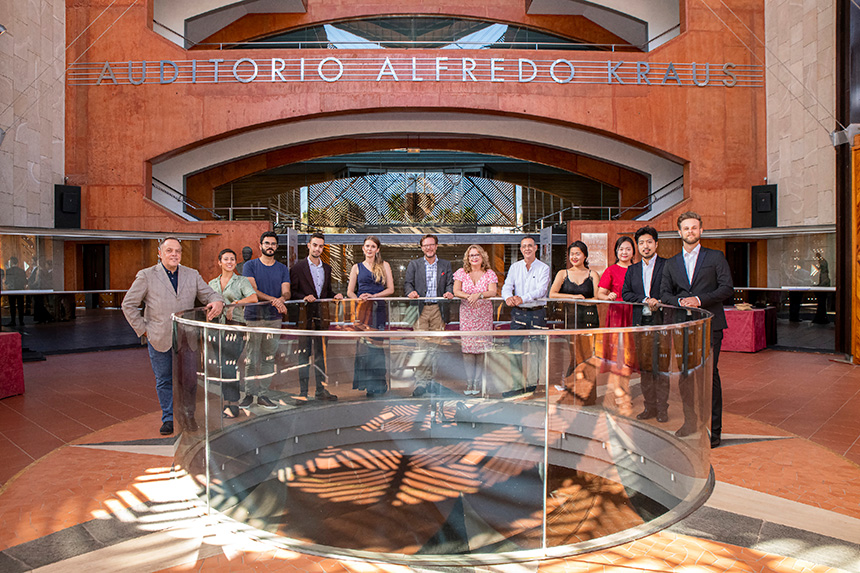